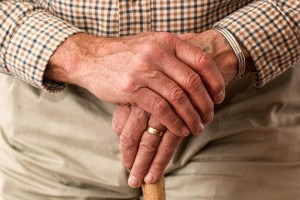 Substance abuse in the elderly has increased dramatically over the years because of the growing population of people over age 65 in the United States and the shifting attitude towards drug use for to relieve pain. While it is true that some medications prescribed by professionals can help relieve joint pain and other maladies but seniors are finding it harder and harder to stop using these medications after their pain has been remedied. In addition, many seniors drink alcohol to handle their pain instead of seeing a doctor altogether. This addictive behavior is a major problem in this country and one that requires people to speak out and get help for their loved ones.

Facts about Seniors and Substance Abuse

According to a current census, roughly 20% of the entire elderly population in the United States suffers from some form of substance abuse addiction. There are also projections that suggest by the year 2020 that percentage will double.

Another study suggests that substance abuse in the elderly is higher in people that have suffered a number of great losses in their lives, such as the death of loved ones, poor health, and even just a retired lifestyle.

One of the biggest problems with seniors and substance abuse is that healthcare providers will often overlook the problem because they confuse the classic signs and symptoms with other ailments associated with getting older.

There is even a large misconception that the elderly cannot be treated for substance abuse. Studies have shown that addiction treatment on the elderly is just as effective as any other age group, yet millions of people get tossed aside each year and never receive the help they desperately need.

Generally, the biggest problem with seniors and substance abuse is the changing mindset that has taken place over the last decade. This shift in view from using drugs and alcohol to “cure” pain problems as a negative to a now acceptable practice is extremely damaging. This misconception justifies the action to them, allowing them to continue using and never seeking help for their addiction. This is especially true of alcohol because this is not a medicated drug designed to relieve pain.

By gathering information about the warning signs of substance abuse and alerting the proper authorities when you suspect elder substance abuse in the lives of your loved ones, you can make all the difference to get them they help they need.