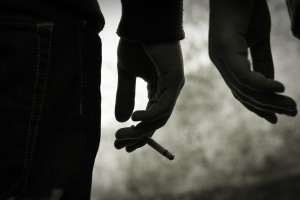 Unfortunately, teen substance abuse is a growing problem and they have a higher probability of becoming addicted to these substances as well. Teenage years are a time in a person’s life where experimentation and curiosity are peaked, and they begin to branch out into the world. However, this new attitude and world perspective can also lead to drug or alcohol abuse. For this reason, it’s important to know the signs of substance abuse and the most common types of substances that teens are likely to use.

Most Common Types of Substances for Teens to Use

There are many warning signs for teen substance abuse. If you recognize any of these signs in your child, you should have a serious talk with them about your concerns.

Secretive behavior will be your first warning sign you may notice in your child. They may not tell you where they‘re going or lie about where they were.

Suffering personal hygiene and academic performance are also clear indications of substance abuse. Teens will feel the need to hide poor grades or cover up absences from school with various excuses.

One of the most common signs of drug abuse is a change in behavior. This could be anything from laughing for no reason to unusual tiredness.

Individually, these signs may not be cause for alarm, but together they may suggest some type of substance abuse problem.